“When he saw the crowds he went up on the mountainside. After he had sat down his disciples gathered around him, and he began to teach them :

The Beatitudes, a path to happiness !

« The name « Beatitudes » given to us highlights and sums up Christ’s teaching and reminds us of our vocation to Happiness. In effect, the Beatitudes proclaimed by Jesus on the Mountain show the way to eternal happiness to which the heart of man aspires to (CCC n. 1697 ». Book of Life§ I *

« The Beatitudes are the path we have been called to follow in response to a universal call to holiness in Christ’s footsteps. We wish our whole life to be permeated by the Beatitudes. In order to testify to the hope and joy of the world to come, we choose to become men and women of the Beatitudes » Statutes of the Community.

Christ of the Beatitudes

It signifies letting ourselves be fascinated by « Christ of the Beatitudes » and following in His footsteps that we may become more and more like Him.

The Beatitudes describe Jesus Christ : his thinking, his feelings and his actions. He was poor, mild, compassionate and merciful ; he hungered and thirsted for justice. He had a pure heart and imparted peace. He was ready to endure suffering and persecution that He may give us Eternal Life

« The Beatitudes reveal  the face of Christ to us who alone fulfilled them totally. He is the Lion of Judah and the Slain Lamb, who through his Passover draws us into the Father’s glory. » Book of Life.

We contemplate the face of Christ which is both strength and weakness, God Almighty and weak, true God and true man, abundant life and annihilation as He reveals himself to his disciples on Mount Thabor and on the mountain of the Beatitudes. A call to follow the Beatitudes is nothing other than a call to life in Christ through whom God predestined us from all eternity to be his adopted sons  to the praise and glory of his grace (cf. Ep 1, 5-6)

The Lion of Judah and the Slain Lamb

The first name of the Community was The Lion of Judah and the Slain Lamb, the lion being the emblem of the tribe of Judah, one of the twelve tribes of Israel, of which Christ is a descendant.

« Right from the start of our life together the two faces of Jesus imposed themselves to us : Lion and Lamb, strength and weakness, Strong All powerful God and little child, abundant life and annihilation. Death that overcomes death to open the doors of eternal life.
United to the LAMB of God’s  sacrifice our silent oblation triumph’s in the victory of the LION OF JUDAH over all the powers of evil. Even though it pleases Him to reveal one face rather than the other to us, we should never dissociate them in our faith and our adoration. » Book of Life § 3.

It is only in 1991 that the Community changed its name to « Community of the Beatitudes ».
It was a name easier to use when taking into account the different cultures and countries the Community was getting involved with. Added to that consideration was a « desire for greater openness to the poor.

The two faces of Christ, Lamb poor, mild and humble in his Passion and Lion victorious over the Cross remain, however, central to the message of the Beatitudes. That is why the Community has kept as its emblem the figure of a lion and a lamb 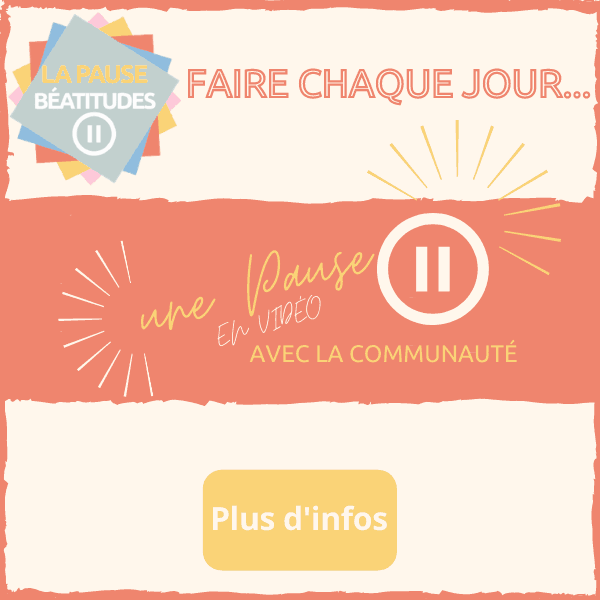