THE 25th JUBILEE OF THE BEATITUDES IN NEW ZEALAND

THE 25th JUBILEE OF THE BEATITUDES IN NEW ZEALAND AND THE INAUGURATION OF A SHRINE TO OUR LADY OF FOURVIÈRE IN LIETHFIELD.

On the vigil of the Feast of the Immaculate Conception, members of the Beatitudes Community were joined by friends and families of the Christchurch diocese and further a field to celebrate the 25th Jubilee of their presence in New Zealand and the inauguration of a new shrine to Our Lady of Fourvière. Five hundred faithful gathered in the extensive gardens of the Beatitudes community.

The ceremony was honoured by the presence of Monsignor Le Gal, Auxiliary Bishop of Lyon and Father Pierre Marie from the community house in Sables-d’Olonne, both of whom had travelled all the way from France. They were joined by several Beatitude friends from New Caledonia and Sister Agnes from Australia. Local Maori leaders opened the ceremony with karakia and waiata and led the visitors into the sanctuary.

Matua Bob of Te Rangimarie was part of the first group of Maori who welcomed the Beatitude missionaries twenty-five years ago when they arrived in New Zealand and was there on 7th December to give the opening address at the sanctuary. The congregation was then moved to hear Bishop Le Gal speak to them in English, explaining about the Lyon Basilica of  Notre Dame de Fourvière and the journeys of blessed Suzanne Aubert, Bishop Pompallier, Saint Peter Channel, and the many other missionary saints who consecrated themselves to Mary in Lyon before setting out to evangelise Oceania.

At this point Bishop Le Gal unveiled a beautiful copy of ‘The Golden Virgin of Fourvière’. With this the mass began, presided over by Hon Paul Martin, Bishop of the Diocese of Christchurch.
It was an evening of great beauty and devotion for all those brought together under the motherly gaze of Mary, radiant beneath the southern summer sun. They sang the glory of God in English, Maori and Latin as they celebrated the Eucharist. The wind blew strongly, the Holy Spirit manifesting His presence.

‘’THE FESTIVAL OF LIGHTS’’

Once night had fallen, the faithful were invited to light a candle in preparation for the opening of the Fourvière ‘Festival of Lights’. In procession the Blessed Sacrament was accompanied from the Chapel to the Shrine.  Christ was then adored until dawn under the starry sky of the Southern Cross.

PRAYER TO OUR LADY OF FOURVIERE

Mary, cause of our joy,
first sign of the dawn,
you accompanied the first missionaries,
as they brought the light of the Gospel
to those who live under southern skies.

We too entrust ourselves
to your intercession,
that under your maternal banner,
we might become sons and daughters
of the New Evangelisation.
Enflame us in this darkened world,
to be bearers of the light.

Our Lady of Fourvière,
Mother of the Light,
pray for us.

We entrust the New Evangelisation of this country into the hands of Mary in that hope that she will draw more and more pilgrims to Jesus each year for the ‘Festival of Lights’. 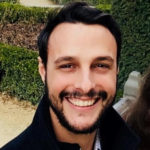 Hello!  The four aspirants from the Denver house just returned from a wonderful 6 weeks with the house in Gharzouz, Lebanon.  We lived a beautiful time of fraternal life, discovery,